The latest addition to the Japanese Pokemon card Sun & Moon series is scheduled for release in Japan, on January 19, 2018. This set is called SM5+ Ultra Force. 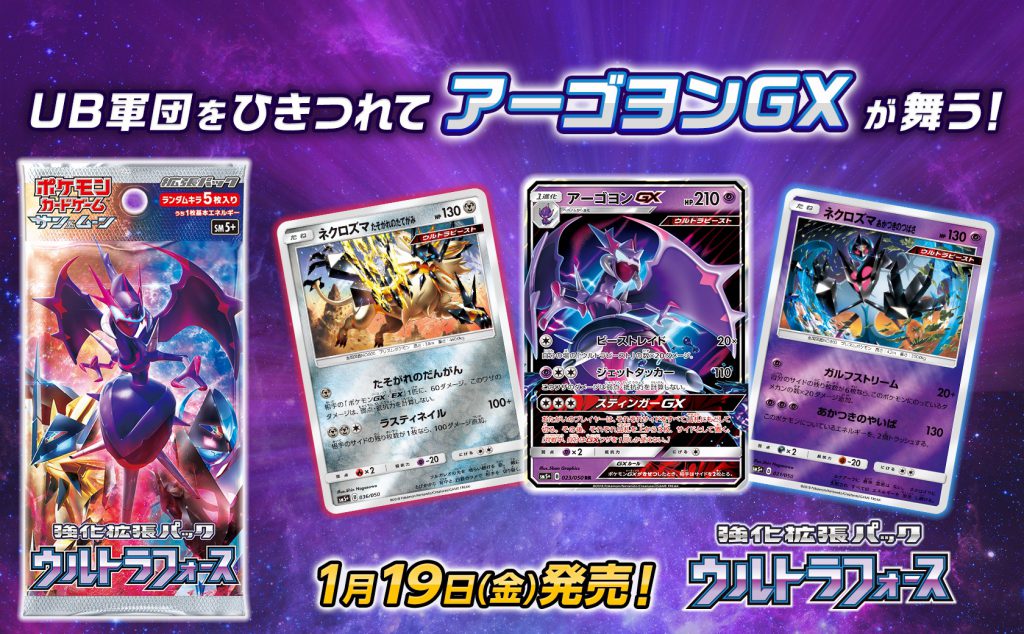 This set will have some additions that previous sets have not had. Sinnoh’s water-type gym leader Wake will make an appearance,  as well as some new trainer cards, Ultra Space, Steel Frying Pan and Ultra Recon Squad. Buzzwole will also have a brand new card.