The Pokemon Centers is Japan have a new campaign going on. Its called “Everyone Wobbuffet”. Wobbuffet, Eevee, Pikachu, Combee, Audino and Ditto are featured in a variety of Wobbuffet themed goods. 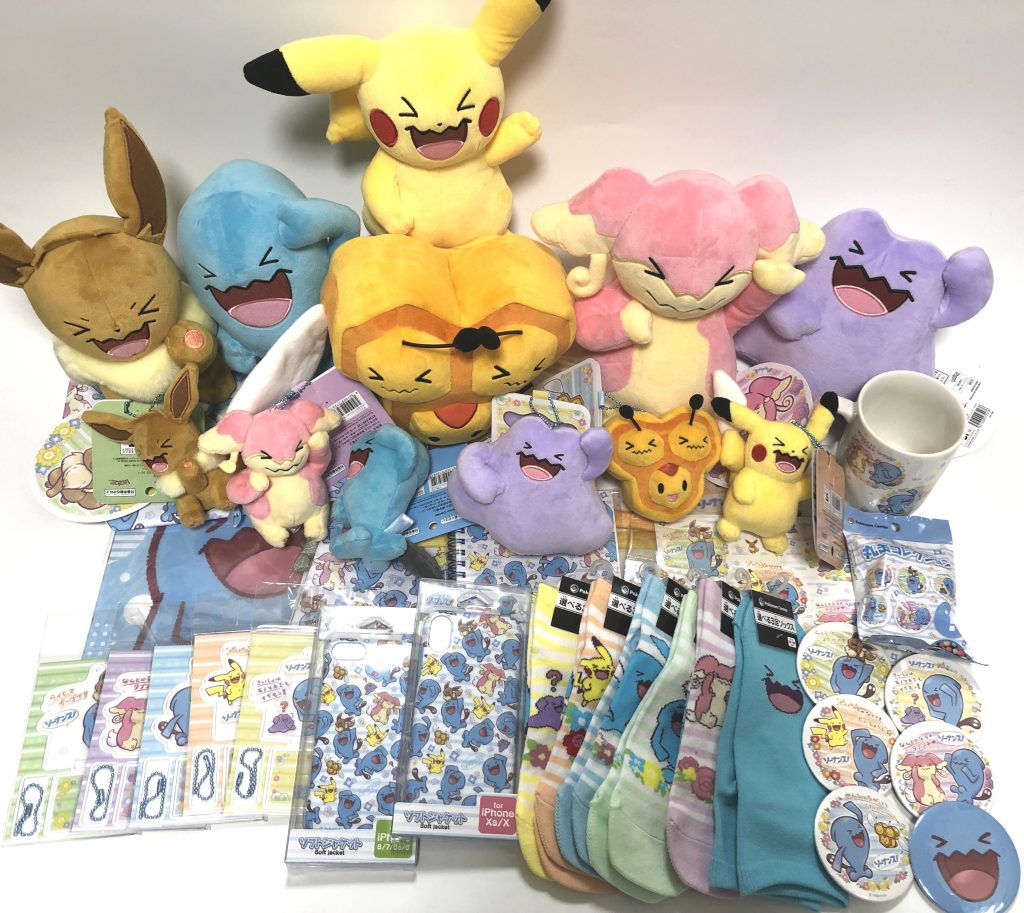 The Tympole is about 3.25″ tall and 6″ long. It has nice stitching on the eyes. Very soft and cuddly.

Audino is about 4.5″ tall. Although it will not stand up by itself, its very cute. Its fur is very soft and has very nice stitching on its eyes.

Darumaka is about 4″ tall. Its round like a bowling ball. It stands up by itself. Very cute.

Minccino stands about 5″ tall. It won’t stand up by itself, but its very cool.  Its eyes are adorable.

All 3 of these canvas plushies have the new folding tag that started in late 2011.

Three more Japanese Pokemon Center plush pokedolls were just released. They are Cinccino, Audino and Foongus. They are from the generation V collection. Each of them is approximately 5-6″ tall (15cm).

They are made of nice soft material and have very nicely embroidered eyes. They are really nicely made and adorable. Very soft and squeezable.

They will only be available for a very short time at the Pokemon Centers in Japan. These are very popular and will sell out very fast. Get them while you still can.

You can buy these beautiful Pokemon pokedolls directly at HardrockPokemon. Each pokedoll comes with the official Pokemon Center pokedoll tag and is an officially licensed product.
END_OF_DOCUMENT_TOKEN_TO_BE_REPLACED