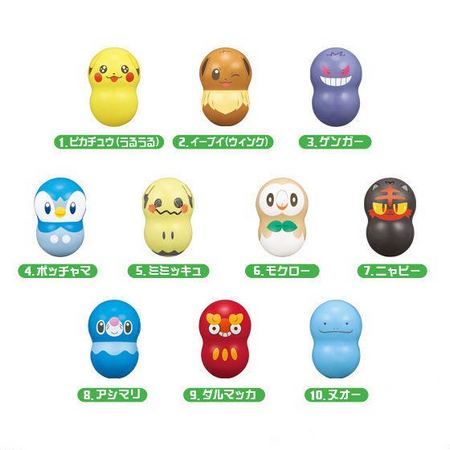 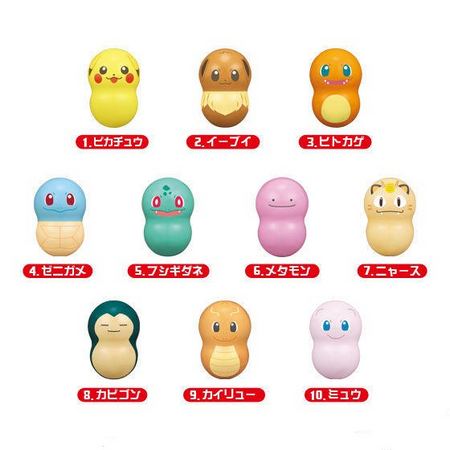 The Tympole is about 3.25″ tall and 6″ long. It has nice stitching on the eyes. Very soft and cuddly.

Audino is about 4.5″ tall. Although it will not stand up by itself, its very cute. Its fur is very soft and has very nice stitching on its eyes.

Darumaka is about 4″ tall. Its round like a bowling ball. It stands up by itself. Very cute.

Minccino stands about 5″ tall. It won’t stand up by itself, but its very cool.  Its eyes are adorable.

All 3 of these canvas plushies have the new folding tag that started in late 2011.

Not a pair to be taken lightly, both Darumaka and Darmanitan wield amazing strength and attacks, though their initial looks may not imply such. The pair has both Darumaka’s cuteness and Darmanitan’s ferocity, adding to their popularity with many fans. With Darmanitan’s unusual ability to change its form, type, and base stats around and Darumaka’s cuteness these characters stand out even more. But even so, a few battle aspects of both Pokemon balance out their seemingly-unbeatable power.

While Darumaka can be easily found in the desert around Route 4, only a few Darmanitan can be caught in the wild. These unusual Darmanitan have the Dream World ability Zen Mode, which is exclusive to just this Pokemon. When its HP gets very low, Darmanitan will revert to its Zen form, which looks very similar to Darumaka except it is now blue. This form adds Psychic as a second type, swaps attack with special attack, reduces speed greatly, and both defenses get a huge boost of fifty points. This character has turned into a very strong tank, and possibly just in the nick of time. But planning is important for this mode as physical attacks are almost useless now. Thankfully Darmanitan can learn a small variety of attacks to cope with both possible forms.
END_OF_DOCUMENT_TOKEN_TO_BE_REPLACED