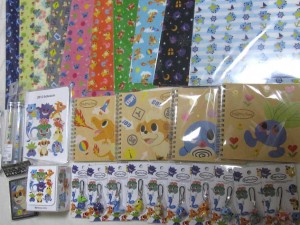 There are a lot of Pokemon, all ranging in power. Some being legendary Pokemon. Some are mystical. Now, what are these characteristics? From a dragon type Pokemon! The first final evolved dragon type Pokemon was a Dragonite. In order to get a Dragonite you have to go through a bunch of training that will make you want to tare your eyes out, not literally though. You have to get the rare Dratini first of all, Dratini is a pure dragon type Pokemon. It will mainly have Wrap and Thunder Wave when you get it, just some basic attacks. Dratini is a snake Pokemon, well looks kind of like one, it has fins on top of its head, some black beady eyes, a blue body and white belly. A cute Pokemon but it lacks some power until it evolves, for sure. It will take a lot of training to evolve Dratini, but again, it is worth it!

Dratini will evolve into a Dragonair. Dragonair is basically a larger version of a Dratini. The blue on it’s body got a bit darker and it has some dark blue bead type objects on it. In the anime it shows that Dragonair can swim very well, they inhabit the Dragon’s Den in the Johto region. But a Dratini can be captured in the Safari Zone way back in Kanto. You can also buy a Dratini at a Game Corner in the Johto region. But Dragonair, to level up, is about three times harder then Dratini. I know, but it’s the truth. I know this because I have trained many Dragonite in the past, and it is hard. Dragonair will have some dragon type attacks like Twister, and in fifth generation a move called Dragon Tail. You have to get this Dragonair from level thirty-five all the way to level fifty-five. But when you get it there it will surely be worth it! It will evolve into a mighty Dragonite.
END_OF_DOCUMENT_TOKEN_TO_BE_REPLACED